Self-Awareness and its Affect on Performance

Three years in to developing my own drones which I used to service clients with aerial photography and video projects, I found myself filming a nature documentary. An A-star (manned helicopter) dropped Matt and I off with a drone I had sourced from around the world, soldered together, and programmed myself. Our objective was to film sweeping shots of waterfalls cascading down thousands of feet of vertical cliffs into the Western Brook Pond of Gros Morne. 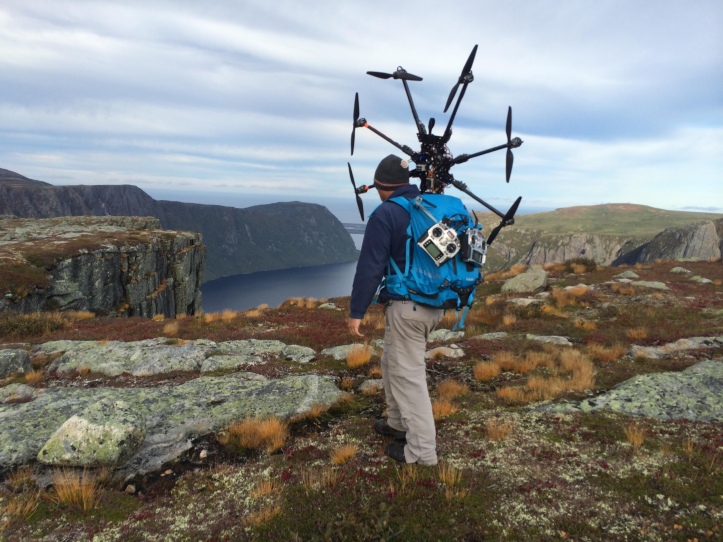 On the last flight that drone will ever have, the A-star flew up over a ridge to pick us up. For whatever unknown reason (maybe magnetic fields) the drone started a straight line trajectory towards the A-star. Within two seconds I cut the power to the drone carrying an expensive camera and watched it plummet crashing on the rocks beside the stream we were filming. It was my first serious crash after hundreds of hours of filming with drones.

Once I got home to Ontario I designed an upgraded platform from parts once again sourced around the world. After soldering it together and programming it, I was extremely happy with the stability and strength of the new system. It was finished just in time for a family RV road trip.

With my family I drove a large RV across North America. Our first extended stop was Portland, Oregon. A few days after we arrived I was approached about using my new drone to film for a Super Bowl Mercedes commercial. I brought my new drone in for a demo with a very large and expensive cinema camera. Its performance was nearly flawless. There were very few drones available worldwide that were capable of delivering this kind of performance. I was hired and the job went well.

Two months later, still on our road trip, I flew my family to Hawaii. I wanted to show my kids where I grew up. I also connected with old friends to help me produce content. After rebuilding my new drone and outfitting it with my own cinema camera I dropped the transmitter right before the first test flight. I grabbed the spare transmitter, made a few minor adjustments, and launched the drone for a test flight. Never before had I seen such smooth and amazing footage come from a drone. I was excited about what was going to be accomplished.

I pulled into a 250 foot hover to look over at the monitor and admire the footage. All of a sudden all eight motors died. My new drone with my new cinema camera went into free fall. Here is the clip one minute later.

To answer that question I want to provide some background perspective on my emotional state.

The reason my family went on a six month RV road trip in the first place was to take a break. For nearly six years I had been building one company and three years building another. Both companies became successful and leaders in its field. They also both demanded more time and energy than I was able to effectively give. There were times I would stay up all night preparing and programming a drone that would be used to film a car commercial the next day. Then I would pilot the drone from sunrise to sunset. When I was done with that job, responsibilities in my other company quickly filled my time. And that’s how it went for years.

Instead of detaching from it all while on a road trip I got the most stressful contract of my career, the Super Bowl commercial. Then I kept working in every place we stopped never taking time to wind down. By the time we got to Kauai, my nervous system was so activated that it was difficult focus and make rational decisions.

With my nervous system so activated and my lack of awareness of the state I was in, I was unknowingly making poor decisions. Even the act of dropping the transmitter stemmed from an attitude of carelessness. I was exhausted. When I changed transmitters I failed to do a complete systems check to see how the new transmitter integrated with the flight controls and rest of the programming. In a state of lower activation levels, I would have been using my cortex for rational thinking. But because I was so exhausted I was operating in the survival mode of my limbic system. Subconsciously I just wanted to get this all over with so I could rest.

There were other signs available that I ignored. I was very snappy in my interactions with family and friends. Insignificant events would overwhelm me and put me in a state of defensiveness. I was not exactly a pleasant person to be around. Self-regulation was no longer an option because there was no room for that.

Self-awareness probably would not have saved the first drone in my story, but it likely would have saved the second. According to Daniel Goleman, “With Emotional Self-Awareness, you understand your own emotions and their impact on your performance. Had I been aware enough of my emotional state, I would have known I needed to slow down.

Developing self-awareness starts with reflection on feedback. We can listen to our body and to how others are responding to our actions. Both will give us clues to our current emotional state. Understanding our emotional state gives us an opportunity to be proactive with our decisions and responses. It’s with proactive decisions and responses that we optimize our performance. Optimal performance gives us a sense of utility. And a sense of utility gives us meaning.